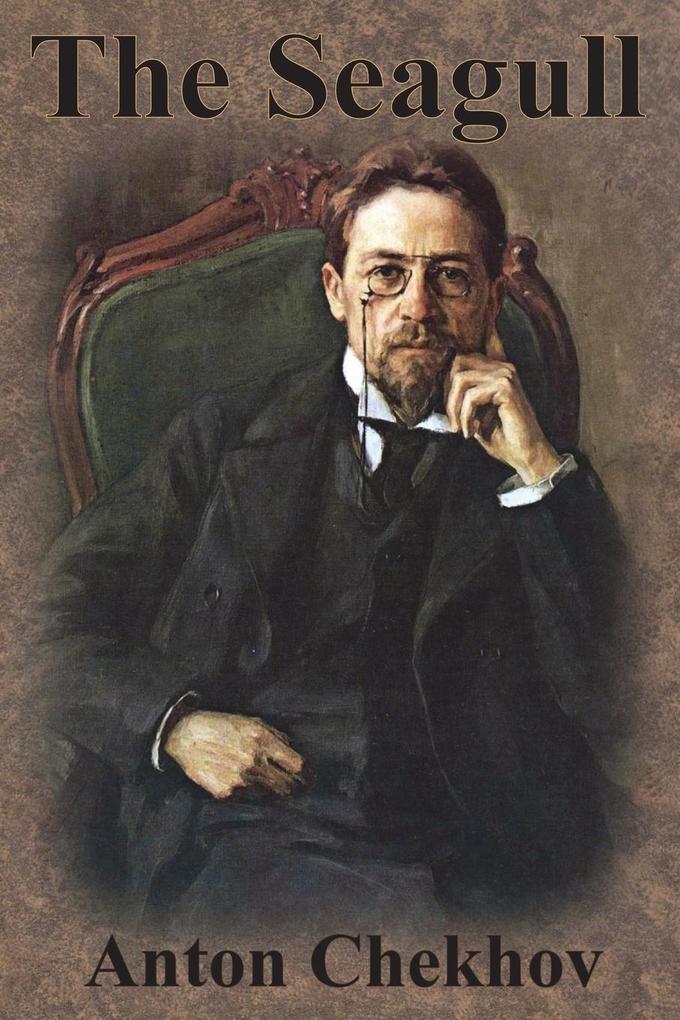 TREPLEF: She is vexed at the idea of Nina Zarétchnaya and not herself having a success even in this poor little theatre. She is a psychological curiosity, my mother. A clever and gifted woman, who can cry over a novel, will reel you off all Nekrásof's poems by heart, and is the perfection of a sick nurse; but venture to praise Eleonora Duse before her! Oho! ho! You must praise nobody but her, write about her, shout about her, and go into ecstasies over her wonderful performance in La Dame aux Camélias, or The Fumes of Life; but as she cannot have these intoxicating pleasures down here in the country, she's bored and gets spiteful; we are her enemies, she thinks; it's all our fault. Then, she's superstitious, is afraid of the number thirteen, or three candles on a table. She's a miser, too. She has seven thousand pounds in the bank at Odessa; I know it for certain. But ask her to lend you anything and she'll cry. [Pulling the petals from a flower] She loves me, she loves me not, she loves me, she loves me not, she loves me, she loves me not. [Laughs] You see, my mother doesn't love me. Why should she? She wants to live, to love, to wear pretty frocks; and I, I am twenty-five years old, and a perpetual reminder that she is no longer young. When I'm not there, she is only thirty-two; when I am, she's forty-three, and she hates me for that. She also knows that I don't believe in the stage. She loves the stage; she thinks that she is advancing the cause of humanity and her sacred art; but I regard the stage of to-day as mere routine and prejudice. When the curtain goes up and the gifted beings, the high priests of the sacred art, appear by electric light, in a room with three sides to it, representing how people eat, drink, love, walk and wear their jackets; when they strive to squeeze out a moral from the flat, vulgar pictures and the flat, vulgar phrases, a little tiny moral, easy to comprehend and handy for home consumption, when in a thousand variations they offer me always the same thing over and over again--then I take to my heels and run, as Maupassant ran from the Eiffel Tower, which crushed his brain by its overwhelming vulgarity. We must have a new formula. That's what we want. And if there are none, then it's better to have nothing at all. I love my mother, I love her dearly; but it's a tomfool life that she leads with this novelist always at her elbow, and her name for ever in the papers--it disgusts me! Sometimes it is just the egoism of the ordinary man that speaks to me; I am sorry that I have a famous actress for my mother, and I feel that if she had been an ordinary woman I should have been happier. What position could be more hopeless and absurd than mine was at home with her? Her drawing-room filled with nothing but celebrities, actors and writers, and among them all the only nobody, myself, tolerated only because I was her son. Who am I? What am I? Sent down from the University without a degree through circumstances for which the editor cannot hold himself responsible, as they say; with no talents, without a farthing, and according to my passport a Kief artisan; for my father was officially reckoned Kief artisan, although he was a famous actor. So that when these actors and writers in her drawing-room graciously bestowed their attention on me, it seemed to me that they were merely taking the measure of my insignificance; I guessed their thoughts and felt humiliation.